Chikwa CRB has a rolling plan and receives community share of hunting revenues from the government. 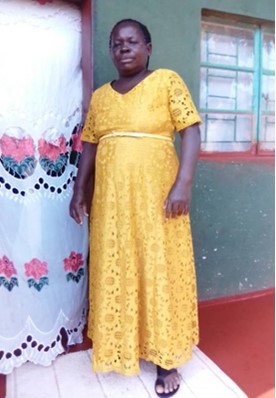 Agnes got the highest number of votes in her VAG and was elected CRB Chairperson. This is not Agnes’ first term on the board, she served before as Finance Management Committee Secretary on the previous CRB Board and understands the challenges that women leaders face in her community.

“Men want to lead over you and find it difficult to respect women in top positions. If not careful, you spend time dealing with unnecessary conflicts rather than serving the people. I just have to be tactical to maintain unity,” she says.

Following the elections, Agnes attended the CRB orientation training that offered skills in gender responsive approaches for conducting CRB business. The training also involved spouses of elected female CRB members to increase their understanding of roles and the responsibilities, including time commitment.

“The orientation helped a lot and we are building on it in our quarterly meetings. The affirmative action measures are forcing us to talk about gender more, and everyone is beginning to appreciate women’s leadership and becoming positive about it,” she explains.

With the elections out of the way, the Chikwa CRB is set to deliver on its mandate. Agnes feels confident about her new role and has many plans to transform the lives of community members, especially women.

Chikwa CRB has a rolling plan and receives community share of hunting revenues from the government. The lack of transparency and accountability in the management of these resources was a big campaign issue that helped her to get elected, since women are frequently seen as less corrupt.