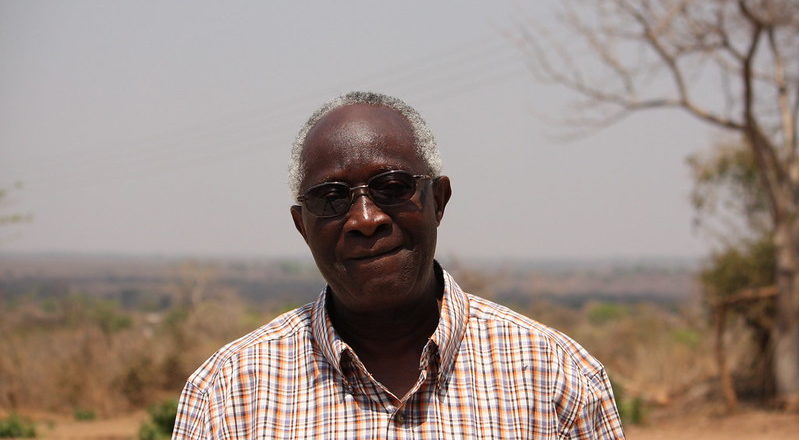 In past rainy seasons, which last from October through March, mediation and conflict resolution between farmers and neighbors consumed Chief Nyamphande’s life. As the farmers were working their fields, Chief Nyamphande was working to keep the peace, resolve disputes, and help his community manage resources.

“Chief Nyamphande was the first traditional leader USAID encountered when designing its support to customary land rights. He always acted as an ambassador for good governance with a focus on ‘how does any partnership improve the livelihoods of the people within his chiefdom,”USAID ILRG Chief of Party Matt Sommerville remarked on the chief’s legacy.  He continued, “Chief Nyamphande provided a vision for using participatorily developed maps to secure the rights of his people, particularly women, as well as to negotiate positive outcomes with government in areas of water and sanitation, wildlife management and agricultural productivity. His passing is a deep loss for Zambia, though it is heartening to see many following in his footsteps.

Once an accountant, Chief Nyamphande was called to leave city life behind and return to serve his people of the Nsenga Tribe in Zambia’s Petauke District. Over the course of his years as chief, Nyamphande was devastated by the extent of land-related issues plaguing his community. Each week he witnessed widows being chased from their farms by extended family, neighbors fighting over boundaries and resources, and widespread deforestation of his people’s once densely forested land. Chief Nyamphande lamented these challenges in a 2019 interview:

“Women were the most disadvantaged,” Nyamphande said. “Brothers displaced widows and women were like an appendage to their husbands. They didn’t have rights. Brother fought with brother, and neighbor with neighbor. We had hundreds of disputes every year. If it wasn’t about ownership, it was about boundaries. There were assaults and even killings. Our community’s forests were a free-for-all. We didn’t know who was coming in and cutting our trees by the truckload.

Through his involvement with the USAID Tenure and Global Climate Change Program in 2014, he helped dramatically reduce the number of people affected by these issues, and supported his people to better-manage their land for a more sustainable future.

“Land is scarce,” Nyamphande said in 2019. “We’ve realized that we need to manage land better. This [USAID] program allows us to do that. We are setting aside a conservation area where no one will farm. We are protecting the natural environment by making rules about who can cut trees, who cannot cut. And, most importantly, when you cut a tree, you must plant a tree.

In 2018 Nyamphande continued his work by partnering with the USAID Integrated Land and Resource Governance Program (ILRG), supporting his and other communities to document their land tenure under the authority of village headpersons and chiefs. Through this work, male and female farmers in his community were provided physical, laminated, signed documentation of their land rights; a level of land security most farmers had never experienced. Before ILRG, few of Chief Nyamphande’s people had any documentation of their land at all.

“Anyone could make any claim,” Chief Nyamphande said in 2019. “It was an open field. People would come out of nowhere and say: ‘my grandfather loaned this land to your grandfather and now I am taking the land back’. We didn’t know if it was true or untrue. There was no documentation of anything.

In past rainy seasons, which last from October through March, mediation and conflict resolution between farmers and neighbors consumed Chief Nyamphande’s life. As the farmers were working their fields,  Chief Nyamphande was working to keep the peace, resolve disputes, and help his community manage resources. Land documentation drastically reduced the need for mediation and the amount of time Chief Nyamphande spent settling disputes. Before his death Nyamphande heard community disputes on Mondays and Fridays, often referring both parties back to their land certificates to settle the conflict.

“Land tenure was our missing link,” the Chief said. “We had disputes and serious violence. But now, with GPS technology we have precisely measured our land. And we suddenly have order.

USAID and the government of Zambia look forward to continuing Nyamphande’s strong legacy of charting a prosperous and sustainable future for his people. Working closely with the new Acting Chief, the program will continue pushing land rights forward with the people of Zambia.