Organizing community dialogues seems to be a way to reconstruct peace and solidarity, while also taking into account ethnocultural and religious differences.

The objective of the United States Agency for International Development (USAID)-funded Artisanal Mining and Property Rights (AMPR) project in the Central African Republic (CAR) is to strengthen the governance of natural resources and property rights in artisanal mining communities through a multidisciplinary approach that includes proven practices and tools. To develop and implement activities surrounding the formalization of property rights and land governance in artisanal mining areas, the AMPR project builds on the experience of implementing community dialogues that led to the creation of Peace and Reconciliation committees (CLPRs) in the pilot sites of Balégo, Yamalé, Bania, Wapo, Nassolé, and Nandobo in the Kimberly Process (KP) compliant zone of Berberati. 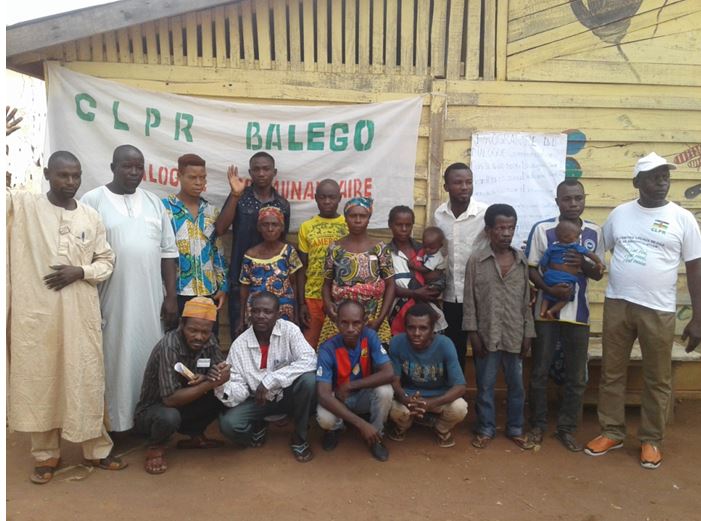 The purpose of this concept note is to spell out the methodological framework used to establish Local Pacts in close collaboration with the Ministry of Humanitarian Action and National Reconciliation (MHANR) in the KP compliant zones, which include Nola, Carnot, and Gadzi. This document also serves as an historical note to explain how and why Local Pacts emerged in the CAR through government policy as well as practice at the local level, and are closely linked to traditional African conflict resolution principles. Under the authority of the CLPRs, the intent of the Local Pacts is to reconstruct social cohesion in diamond mining communities that have become fractured due to the military-political crisis of the past decade. Presently, the Christian and Muslim communities live in fear of one another. Organizing community dialogues seems to be a way to reconstruct peace and solidarity, while also taking into account ethnocultural and religious differences.

The pilot peace-building initiatives, carried out in these sites and put in place through a collaborative approach with the local mining communities, included the active participation of local government actors (sub-prefects, mayors of the communes, local chieftaincies, religious and community leaders, youth associations, women, and returned refugees). These dialogues led to the signing of the Local Pacts, validated by the government and the local communities. In total, six Local Pacts have been ratified by the communities. These agreements are codified engagements negotiated during the community dialogues around the topics noted here:

The current challenges in the new AMPR implementation sites are around four major areas of possible interventions which may benefit from the creation of Local Pacts. These areas include: (i) the prevention of violent conflicts related to armed pastoralism in the KP compliant mining areas, (ii) good governance of lands and resources, (iii) the search for consensus around the concept of Zones d’Exploitation Artisanal (ZEA) in two or three pilot sites, and (iv) the consolidation of social cohesion and peace in compliant zone mining areas.