“Land formalization is part of the illicit crops substitution strategy since its inception. To serve the public with licit opportunities and rural economic development, it is essential for families to have land. Land formalization provides beneficiaries with a title to the land and therefore makes them responsible for what is grown on it. And they risk losing their land if they decide to use it for illicit crops.”

With USAID support, Colombia’s National Land Agency made history by adopting guidelines to approach families who cultivate illicit crops like coca with land titling services.
Cáceres, Antioquia is famous for all the wrong reasons. The municipality, which is home to more than 30,000 people in the lower Cauca river basin, is known for harsh violence, illegal mining, and criminal groups fighting for control of land. Nearly half of the population is registered as victims of Colombia’s protracted conflict, and after compiling more than 200 land restitution applications, the government’s Land Restitution Unit suspended its work due to inherent risk.

In Cáceres, where an estimated 8 of 10 parcels lack land titles or official documentation, land rights are weak. The culture of informal land ownership is pervasive and the reasons are many: one, beyond the municipality’s urban center, the Colombian government has never had much presence in rural villages; and two, families who may have once held land titles for their land, have since inherited land to their children and grandchildren, reverting to informal land ownership.

On top of this, the municipality is home to more than 1,000 hectares of coca crops.

For the last decade, Cáceres has been of strategic importance to USAID and the government, and this attention has led to a cluster of initiatives and joint efforts in the territory. Perhaps the most important of these is a current municipality-wide land formalization campaign overseen by Colombia’s National Land Agency (ANT). With USAID financing and technical support, the government is poised to title more than 2,000 parcels, update the cadaster for the 10,000 plus parcels in the municipality’s cadaster, and build local capacity to maintain an operable land market. But, in its endeavour to title every parcel in Cáceres, the Agency is on a collision course with coca crops and is adapting its land governance strategy to offer land titles as an incentive for illicit crop substitution.

The USAID-funded Land for Prosperity Activity and the ANT are working with the National Program for the Substitution of Illicit Crops (PNIS) and the Agency for Territorial Renovation (ART) to craft the road map and implement land formalization plans in the context of illicit crop cultivation. Earlier this year, the ANT made history when they adopted guidelines that enable the government to approach families who cultivate illicit crops like coca with land administration services like titling.

The guidelines recently adopted by the ANT for titling parcels with the presence of illicit crops include the following: 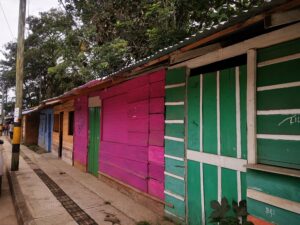 The new guidelines are centered on a philosophy of “do-no-harm” and within its main principles are government cooperation, ethnic group inclusion, and community dialogue. The adoption of the guidelines is remarkable, however, because it marks the first time the Colombian government has formally accepted a strategy that considers formalizing land rights as an incentive to reduce illicit cropping.

USAID is supporting massive land formalization campaigns in an additional four municipalities with the presence of illicit crops. In Tumaco, Nariño, the campaign’s social awareness component is already underway, and the work plans are still in development for Sardinata, Norte de Santander, Santander de Quilichao, Cauca, and Puerto Rico, Meta. Together, the four municipalities represent more than 14,000 hectares of illicit crops.

In many ways, the initial experience working with families and farmers and titling parcels with illicit crops in Cáceres will provide lessons and modifications for the strategy in the other four municipalities. 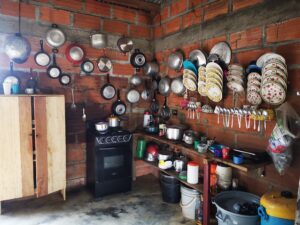 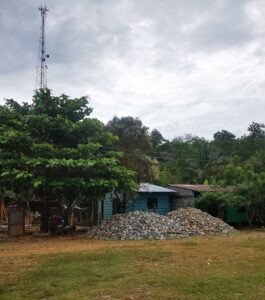 “This is an opportunity to demonstrate that property formalization can be an incentive for substituting illicit crops, and we will see the challenges around inter- agency teamwork and cooperation. What we learn from Cáceres about crop substitution and land titling will help us shape the strategy in Tumaco. Both municipalities are complex, and each has its own context.”     – Natali Buitrago, the project manager of the massive land formalization campaign in Cáceres and Tumaco. “Land titles are long term assets that provide families access to public and private resources aimed at rural landowners and allow the government the additional benefit of managing land use and organizing land for rural development that maintains an environmental balance.” – Hernando Londoño, Director of Illicit Crop Substitution at the Agency for Territorial Renovation

Footnotes
Photos by USAID and GoC
Colombia
© 2022 Land for Prosperity