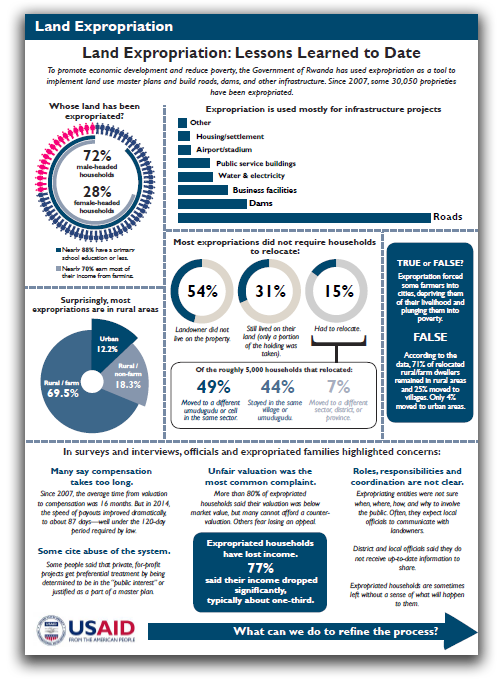 To promote economic development and reduce poverty, the Government of Rwanda has used expropriation as a tool to implement land use master plans and build roads, dams, and other infrastructure. Since 2007, some 30,050 proprieties have been expropriated.

This document is based on: 1) Implementation of Rwanda’s Expropriation Law and Outcomes on the Population, a research report released August 2015 by the United States Agency for International Development (USAID) Rwanda Land Project with the Legal Aid Forum, and 2) Implementation of Expropriation Law in Rwanda: Challenges and Ways Forward, a research brief released April 2015 by USAID Rwanda Land Project.