This trainers’ manual has been developed as part of LGSA's continued capacity development for its implementing partners and stakeholders.

Land in Liberia is an important resource for most households. People use land to live on, grow food, keep animals, make their livelihoods, as well as for economic growth, status, social engagement, and cultural practices. It is a cornerstone for community development, peace, and the general wellbeing of individuals, households and the community at large. However, historically, this resource has not been equally shared by all categories of land users. Land rights of women and other disadvantaged/marginalized groups (such as strangers) have, for a long time, been determined by discriminatory customary norms, laws and practices based on patriarchal ideology and other forms of discriminatory beliefs and practices. 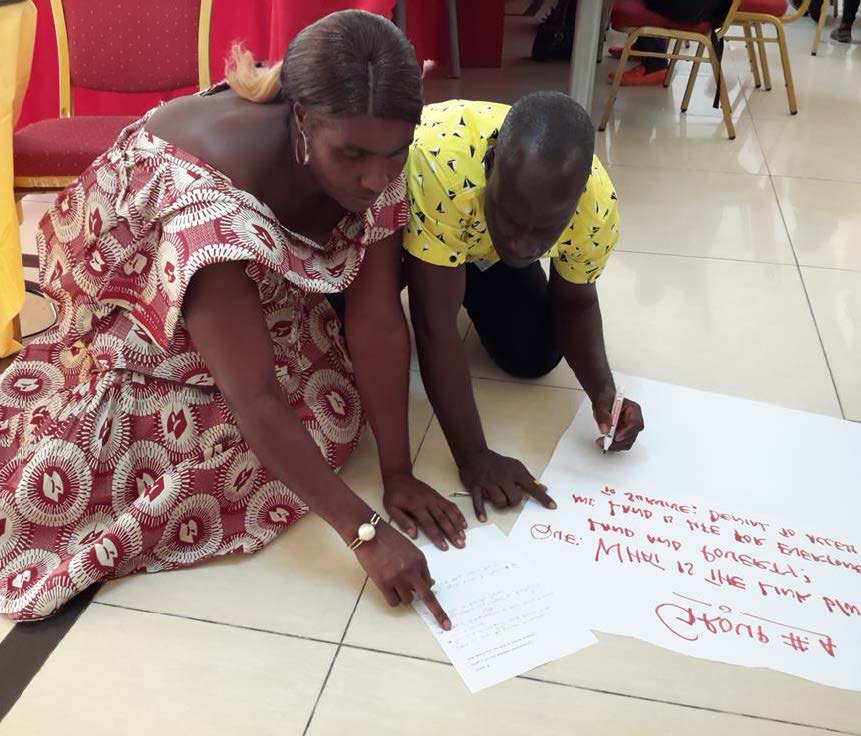 The degree to which a person has, and benefits from, land tenure security in rural areas traditionally depends in a number of ways upon his/her social status; whether the person is regarded as a “citizen” of the community, a stranger, male or female, married or in a de facto union; and the traditional or political status accorded to that person by the community members. For example, within customary communities, land passes through male lineages within clans, and males largely control the decision-making, allocation, management, use and inheritance of land. However, the 2018 Liberia Land Rights Act (LRA) has formally altered this land access and management order that has existed for generations. Altering this customary land governance system through LRA implementation and doing so with regard to the equality of men, women and youth participation in the management of community land access, use, and ownership will require capacity development for the land sector actors. These actors must understand the social, gender and legal facets of land rights.

Developing in-country social and gender equitable land rights skills require having a quorum of people from different stakeholders that will sustain the momentum for capacity development. To respond to the need for skills to catalyze an impactful and meaningful participation of the male and female members of the community in the land reform process, subsequent to the LRA adoption, the United States Agency for International Development (USAID)’s Land Governance Support Activity (LGSA) project supporting the Government of Liberia’s land reform has stepped-up its capacity development program – embarking on a rigorous capacity development process which covers different aspects of land rights for all. This manual will be used to create a pool of trainers in social and gender equitable land rights realization and protection.

This manual’s core concepts are rooted in an understanding that different categories of men and women, boys and girls have distinct development opportunities; experience poverty differently and face different obstacles in access, use, ownership and control of land and land-based services, access in economic growth resources and participation in decision-making opportunities. As such, the manual will help stakeholders to target interventions towards redressing gender inequalities.

This trainers’ manual has been developed as part of LGSA’s continued capacity development for its implementing partners and stakeholders. This curriculum focuses on the social- and gender-responsive land rights and land governance. The major modules covered include gender equality, land and development, women’s land rights and gender and land governance. The manual draws on Liberia-specific land-related policy, laws, literature and practices, along with related training manuals developed for similar training needs.

Whilst the author allocates time to each module section, the trainee must always adjust the amount of time they spend working on each module section in order to address and meet their own individual training needs; the amount of time spent will, therefore, be specific to each individual trainee. For example, time can be adjusted depending upon the five levels of training mentioned earlier (also introduced in the Part One, Module II).