The private sector can do much more than serve markets and create jobs. It is essential for a country’s development and social empowerment.

Many believe that the root of armed conflict in Colombia comes down to land tenure. Land is a key asset to boost economic development, rural transformation, and legal opportunities. This is why the first and most significant aspect of the Peace Accord signed between the Government of Colombia (GOC) and the former FARC guerilla calls for a comprehensive rural reform. This includes democratizing access to land and mass formalization of 7 million rural parcels, that could benefit thousands of rural families and improve their quality of life.

Given the importance of land for rural transformation, Colombia’s government has designed actions and strategies to implement multipurpose and participatory land rights management projects. However, these actions surpass institutional capacity in both human and financial resources. A task this colossal requires for all actors in society to participate, which is why the private sector’s involvement in formalization efforts is so important, not only because of the investments it can make, but mainly because its involvement in long term rural development would ensure the sustainability of formal land markets.

USAID believes in the power of private participation as a driver of social development. As such, the Land for Prosperity Activity 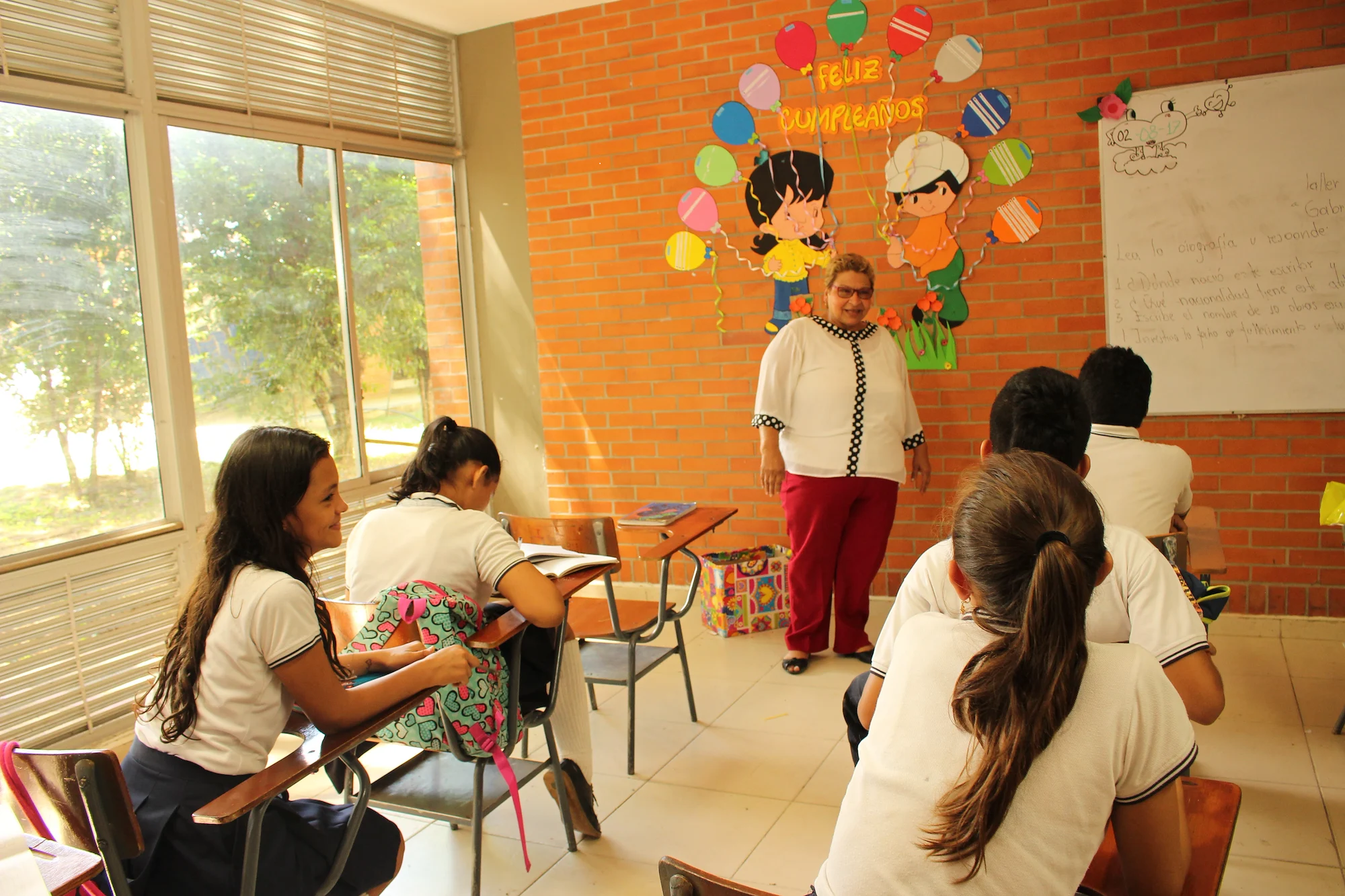 Land for Prosperity visited Proantioquia in February in the hopes of joining forces with the Ser + Maestro initiative, which seeks to strengthen teacher’s capacities in Bajo Cauca. Later, it met with the full board of ProAntioquia, together with USAIDs Mission Director Larry Sacks and the newly elected Governor of Antioquia, to present the Program and its goals for the Department. As a result of those conversations, and the enthusiastic support of both private and public officials, on March 3rd, USAID, the Governor’s Office of Antioquia, the National Land Agency, the private sector through Proantioquia and the Mayoral Office of Cáceres signed a Memorandum of Understanding (MOU) to join efforts to formalize public schools in Antioquia, implement massive formalization, rural development, and strengthen local capacity for land governance.

Proantioquia is a private foundation created by large companies from Antioquia, working for sustainable business development in 160 municipalities throughout several departments. It gathers some of the largest companies in Colombia, including Bancolombia (the country’s largest bank), Grupo Éxito (one of the largest retail chains) and Argos (cement producer and one of the most important players in infrastructure projects nation-wide). Its participation in formalization efforts is not only relevant but also innovative: by signing the MOU, the organization became a pioneer in private participation in a topic that has been at the forefront of peace-building efforts.

“The company must be seen as an entity whose purpose goes beyond revenue; it aims to create social capital and public value.”

Its engagement not only marks the possibility of funding from the private sector but also guarantees sustainability of the actions since these efforts in formalization of public schools will ultimately enable local administrations to mobilize resources to enhance educational infrastructure and the quality of the services schools provide. This is especially important in Cáceres, one of the Activity’s target territories prioritized by USAID and the Colombian government as one of the three municipalities of the high level policy dialogue between Colombia and the US government due to the large presence of illegal crops and active armed actors which, together with stagnant development, creates a cycle of poverty, violence and exclusion that is difficult to escape from.

“This is an opportunity for Cáceres. By signing the MOU, the community feels like it is taken into account and that there is willing to work towards territorial development.”-Rodolfo Bastidas, the principal of the Gaspar de Rodas school in Cáceres, Antioquia.

This MoU is the beginning of a new approach that aims to bring a key actor into the mix of socio-economic development. Helping to formalize schools and bring education to the forefront of community building is a game-changer for a complex municipality like Cáceres. “We are fully aware of the power land policies have to transform regions, and what better way to start than by formalizing schools”, said US Ambassador to Colombia, Philip S. Goldberg.

The involvement of USAID in these processes can plant the seed of sustainability for formalization efforts and encourage other private actors to join similar initiatives in Antioquia and beyond. The region of Bajo Cauca in Antioquia concentrates a number of USAID funded Programs working in a coordinated manner, with the Governor’s office to maximize impact of cooperation initiatives.

Mr. Aramburo explains it best when he says: “Signing this MOU is an invitation for the private sector to join efforts to prioritize land formalization in the public agenda. USAID can help with an initial boost so that the government, private sector and other actors join in and make these starting efforts sustainable in the long term.” 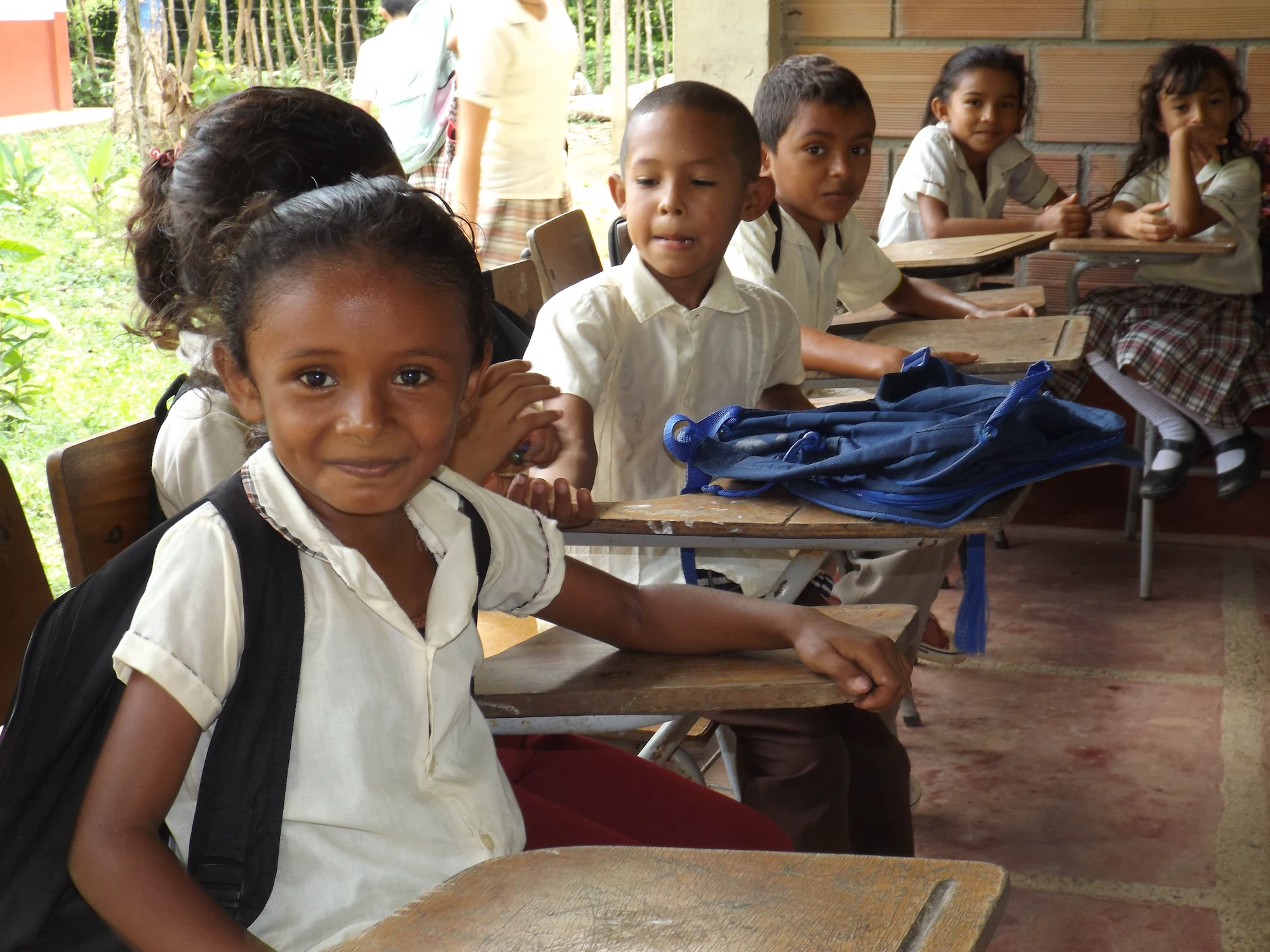 “I want to say this to other municipalities around the country: embrace these efforts and support these processes. Do what you must in your territories to improve the education of your community, so they can in turn contribute to the development of the region.”