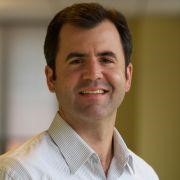 Ryan Sarsfield is the Latin America commodities manager with World Resources Institute’s Global Forest Watch (GFW) team. He works to reduce the environmental impact of key commodities in Latin America through collaboration with corporate and NGO partners and the development of tools to reduce deforestation and supply chain risk.

Tell us about the development of the “Tierras Indígenas” indigenous lands platform in Paraguay under the Tenure and Global Climate Change program:

This activity under USAID’s Tenure and Global Climate Change (TGCC) program developed an interactive platform that provides maps and critical information about lands and territories of indigenous peoples and communities in Paraguay. The activity focused on the intersection of land tenure, deforestation and the private sector, which is a tricky place to work given the complexity of these issues and how they interact. In Paraguay (like so many places in the world), commercial agriculture is expanding into previously intact ecosystems – Paraguay’s Chaco forest, in this case – and this expansion is both an economic boon to some, and a cause of environmental degradation and land dispossession to others. In particular, the expansion has created land conflicts with the indigenous people of the Chaco, who have seen much of the region’s forest turned to cattle ranches over the last 15 years. As the country’s agricultural exports grow, so will the demand for agricultural production that is socially just and environmentally sustainable. This poses an interesting question: How would a well-meaning company in the beef sector go about reducing their exposure to these risks, and indeed reduce negative impacts of their investment on the ground?

Through our work, it became clear that one of the essential “raw materials” for responsible investment was data, specifically map data about indigenous lands in Paraguay, along with the varied levels of legal status or recognition that these lands exhibit. My day-to-day engagement with companies usually focuses on forest and deforestation data, which comes from satellites and is delivered via World Resources Institute’s Global Forest Watch platform. But it was clear that a locally managed platform would be best suited fill the gap on indigenous data. Under the Tenure and Global Climate Change program, we forged an excellent partnership with the Federation for the Self-Determination of Indigenous Peoples (FAPI) in Paraguay, and they led the development process of a mapping platform built on Global Forest Watch’s technology called Map Builder, which they continue to manage now that the project has wrapped up.

Why is this work important?

FAPI and its members already had a great deal of digital map data, and in fact, so did the government, but these data simply weren’t freely available. The general trend towards precise digital land mapping has been a great advance, but the creation of the maps is only one part of the process. How can data be distributed publicly and transparently, and how can potential users access the data, analyze it and best use it to positively influence the conditions on the ground?

As FAPI developed the project with its members and other partners, including 12 indigenous groups, it became clear that they saw the project as a medium to express their perspective on their own lands, and a means to reach audiences in Paraguay and abroad. At the same time, companies and financiers connected to the beef industry expressed their interest in having better indigenous data to work with as they carried out due diligence on their investments. Large-scale commercial agriculture and indigenous peoples are hardly allies in Paraguay, but in this case, the shared goal of obtaining better data was a helpful alignment.

What are key achievements/successes from this Tenure and Global Climate Change activity?

What were the key lessons from this TGCC activity?

Where can I find more information on the project?

More information on USAID’s TGCC activity in Paraguay can be found on Land-Links.org here