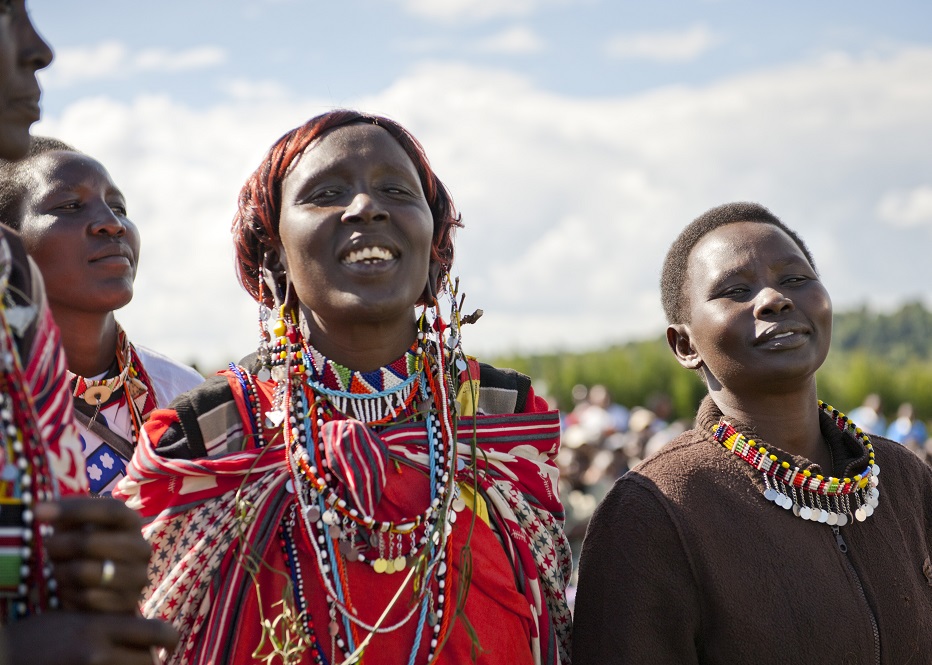 In Kenya’s Ol Pusimoru community, twenty-two women were elected as community elders in 2013, up from 14 in 2012, and zero three years ago.

In Kenya’s traditional, patriarchal Maasai society, women are gaining a new voice and increasingly, seeing their rights to land being recognized and upheld. Twenty-two women were elected as community elders in 2013, up from 14 in 2012, and zero three years ago. This transformation was made possible thanks to a USAID-supported pilot project, Enhancing Customary Justice Systems in the Mau Forest, also known as the Kenya Justice Project (KJP). KJP started during a unique window of opportunity that opened following violent post-election conflict in 2007/8. The violence led to the adoption of a new progressive constitution in 2010. This new constitution enshrines women’s equal rights to property and formalizes the role of traditional leaders as local dispute resolvers.

KJP focused on educating key stakeholder groups through legal literacy and skills trainings, peer sessions, community conversations, and public information activities to increase legal knowledge around constitutional rights and traditional leaders’ responsibilities related to land. The project also demonstrated to Kenyan and U.S. government officials that land is the number one issue of concern for rural communities. While the pilot was designed specifically for the Mau Forest, it could be adapted in other regions. To help replicate the success of the KJP model across Kenya, additional funding was allocated in 2014 for a second phase of KJP to produce a new draft implementation guide to make the model replicable.

The implementation guide outlines KJP’s underlying principles, and the steps, resources and time needed to prepare for and launch similar efforts in new communities. Although the pilot had little funding across phases—only $490,000 to date—it secured buy-in from key players in the Kenyan government, including the Deputy Chief Justice. Importantly, it implemented education and behavior change activities at a comfortable pace using trainers who were respected members of the local community. Awareness raising activities continue to be targeted toward the government and NGOs in order to promote the project and encourage a gender-sensitive approach to the integration of the formal and informal justice systems.

Education and high-level buy-in were the keys to the success of this unique pilot project. Within the community, education was targeted at all levels and groups—from traditional elders and chiefs, to youth and children, and women. Each group learned about and discussed their rights under the constitution. Traditional leaders came to see the important role they play under this new constitution: they are responsible for upholding women’s rights to land. At the same time, they came to see the important role that women play in the community and the benefits that all families could experience by securing women’s rights to land. With this different perspective, traditional leaders invited women to become elders and sit with them to decide local cases. Women and men became confident that they could claim their rights through a more impartial legal process instead of using violence or extra-judicial means. USAID’s Senior Rule of Law Advisor, Ms. Achieng Akumu observed, “People are hungry for this – they have seen the improvement in their lives and are ready for it with the constitution’s devolution of rights.”

According to KJP’s implementing partner, Landesa, “With broader implementation, the transformation that has taken place in the pilot community of Ol Pusimoru can take hold across Kenya, enhancing women’s rights and economic opportunities for all.” With additional funding for training-the-trainer activities and field tests of the model in additional rural communities, the KJP pilot can be sustainably handed off for host-country ownership and scaled across Kenya.