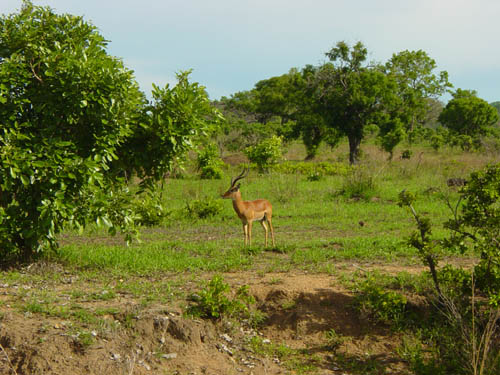 With the posting of the Kenya PROMARA Chief of Party, Ian Deshmukh, in August 2010 the PROMARA project has officially begun. PROMARA is a two-year PRRGP project working with USAID/Kenya in the Mau Forest Complex towards the southwest of Kenya. PROMARA, or “for the Mara”, aims to enhance sustainable and equitable management of Kenya’s rich biodiverse resource areas, which are essential to the protection of the human environment and natural ecosystems.
Kenya PROMARA Project Gets Underway.

The Mara-Mau catchment area is one of the most critical areas not only in Kenya but in East Africa for both biodiversity conservation and ecosystem services. It is also fragile politically and socially with many disenfranchised people and weak institutions. PROMARA will focus on enhancing the financial and social benefits associated with conservation. Based on the Kenyan experience since the 1990s, these benefits are expected to attract and motivate local communities and individuals to change their behavior regarding natural resources.

PROMARA is also designed to address several of the US government and Government of the Republic of Kenya’s key joint concerns including: political stability, conflict and insecurity; threats to biodiversity; good governance and the rule of law; and economic development. With PROMARA, USAID/Kenya is making an initial investment to address these issues, particularly resource tenure and natural resource management, in the Mara – Mau. The goal is to contribute to a long-term strategy of recovering the integrity of the Mara-Mau ecosystem.

PROMARA will have four activities: